Must Have Monday – Travel tattoo in New Orleans, LA 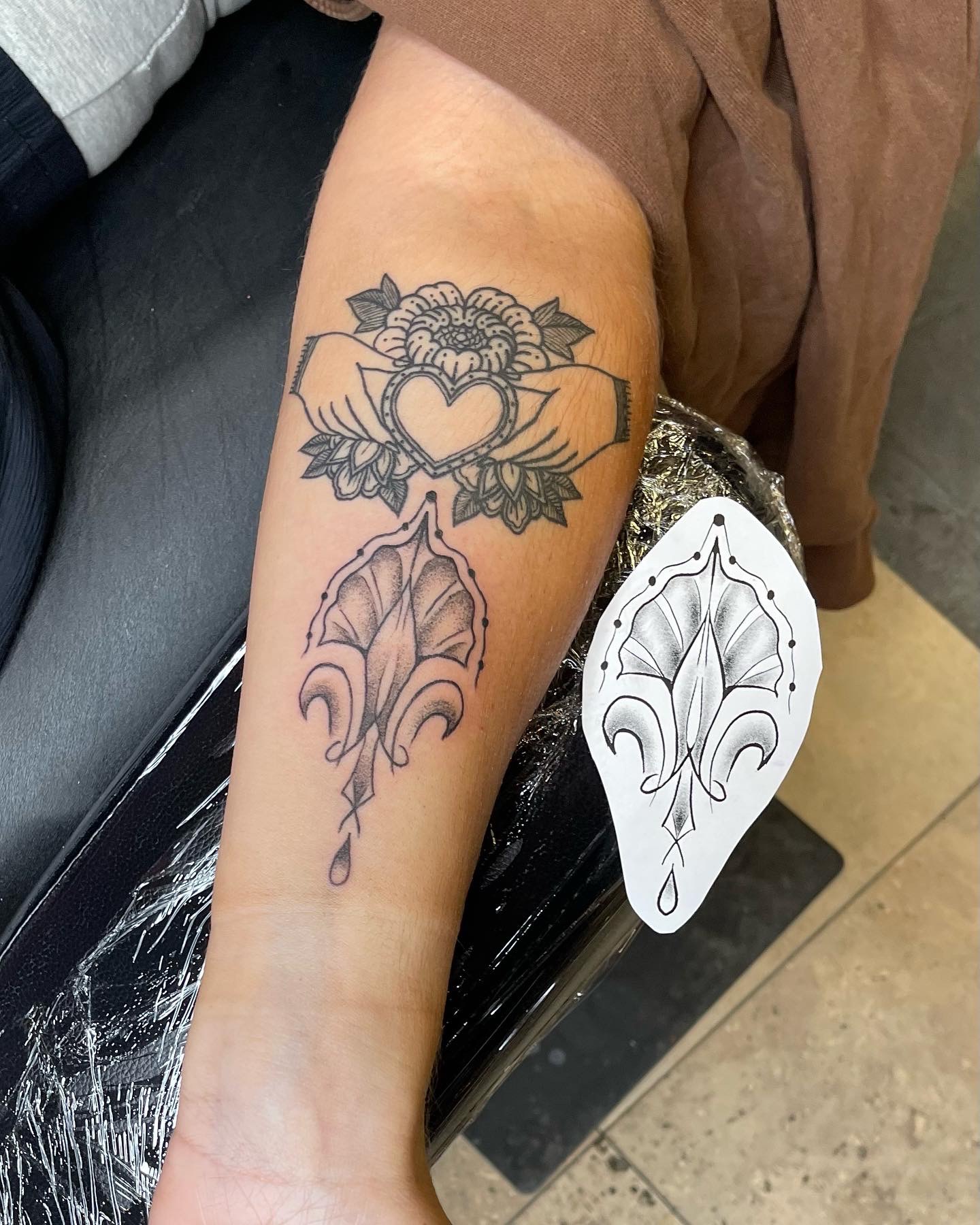 When I got my first travel tattoo in Ireland, I was hoping that every trip I took after that would also result in a souvenir of that kind. Unfortunately, when I travel for work (which is the large majority), I normally have very little time for extracurricular activities, so I have traveled quite a bit without adding to it. Thankfully, that changed when I was in New Orleans with @kolson20, @emily_olsonnnnnn, and @mollyolsonnn_ just over a week ago!

In the hopes that I would be able to add to my travel tattoo arm in New Orleans, I did some research as to which shops were within walking distance from our hotel and I kept seeing @hellorhighwaternola mentioned on a lot of “best of” lists – plus, they took walk-ins! When deciding what artist I would cross my fingers for when I arrived at the shop, I instantly was drawn to the work that @wesdoestattoos had been posting. Being a walk-in, I knew I would take whichever artist I could get, but, much to my pleasant surprise, I actually got Wes!

When discussing the design, I told him I wanted something that represented New Orleans and Louisiana, but that also wasn’t something that everyone already had. What he came up with, as you can see, was beautiful! The focal point of the design is a fleur de lis, but then it is accented with design inspired by the magnolia, the Louisiana state flower, and a string of beads meant to represent Mardi Gras. Not only did I love what he came up with, I was also very happy with how well it fit right into the one I already had. I’ll likely eventually have filler in between, but for now, it looks almost like that’s exactly where they were both supposed to be!

Thank you again to @wesdoestattoos and @hellorhighwaternola for making this experience such a positive one!

Foundation Friday: I'm back again with another fou

Thankful Tuesday: Thank you so much to @pixibeauty

Must Have Monday: I often get asked what my absolu